Jubilee's dam - Toystergold (Lancelot/Contender) had a successful show jumping career, including a second place finish at Spruce Meadows 1.30-meter Prix des Nations in 2011 being ridden by 14 year old Abby Jorgensen.   Toystergold was owned by Guy Thomas who also served as chef dequipe for the Prix des Nations team.  Story below. 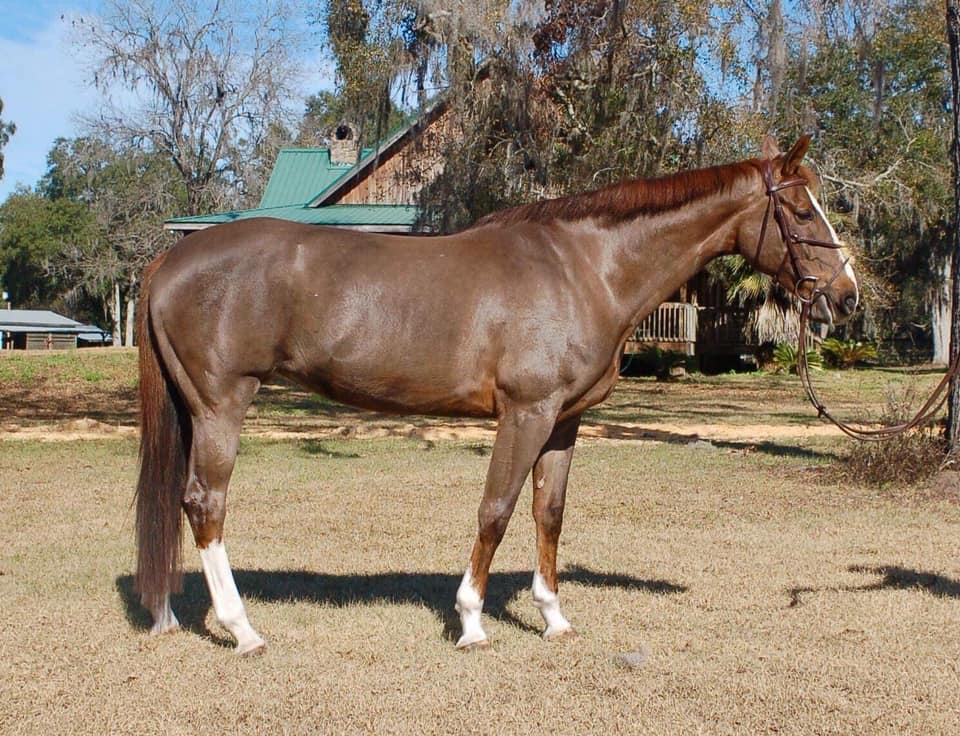 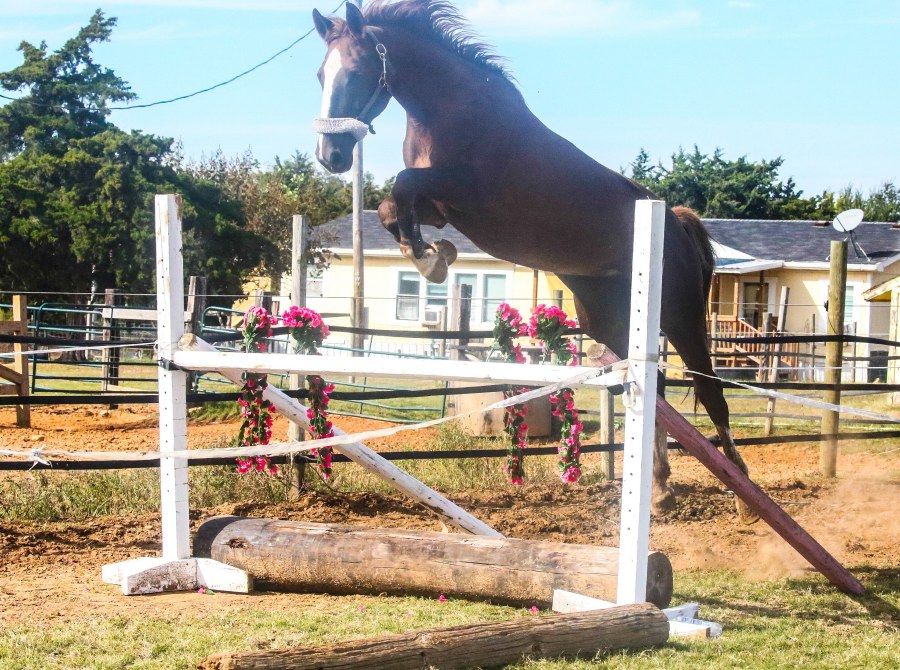 The Jorgensens Make Show Jumping At Spruce Meadows A Family Affair
By: Lisa Slade
Jul 11, 2011 - 11:03 AM
MORE PHOTOS
Print Share
For most amateur riders, taking second place in a Prix des Nations competition at Spruce Meadows (Alta.) would probably rank high on a list of proudest achievements. For Sara Jorgensen, the satisfaction was doubledher 14-year-old daughter Abby was another member of the team.


When we were lined up for ribbons, I couldnt even look at her, Sara said. I knew I would burst out in tears if I did, so I just kept looking down at my horse and adjusting my reins. I was so full of pride. It was a really good moment.


Sara and Abby clocked one clear round and one 4-fault round each on their way to their second-placed finish in the 1.30-meter Prix des Nations, held June 23 during the Skyliner week of the Spruce Meadows summer tournament. Eleanor Hellman and Madison Bradshaw rounded out the NorCal team with mother and daughter.


Our team was really a super experience because not one person stood out in a bad way or a good way, said Sara. Each person had at least one clean round. I dont think anyone expected the NorCal team to do as well as we did, and it was a thrill to share it with the two other girls. I thought, I really like this team thing! 


You kind of always had to be on your A-game because it was tough, Abby said. I liked it because the tougher competition and tougher courses make me ride better, but they were tricky. Toysters really cool. She has a lot of jump in her, and shes very honest, but shes a little spookyat Spruce I went in the ring, and she spooked at a flowerpot. But I think it makes her a good jumper; she doesnt want to touch a rail.


A Chance For Good Sportsmanship


Sara, Woodside, Calif., wasnt intending to compete alongside her daughter. But when she sold her 1.40-meter jumper and purchased E-Star, a 7-year-old Belgian Warmblood (Quick StarFlorentina I) mare this spring, Sara found herself back in the lower levels. At the same time she was starting her younger horse out in the 1.30-meter jumpers, Abby was moving up to that height.


This year we met in the 1.30-meters. I dont know if its weirder that Im old or shes young, Sara joked. When I bought the younger horse, my trainer said, You know, you may be competing against your daughter. Its been a really odd year but really fun. Shes an easy kid to be around, so it hasnt been awkward or anything.


While Saras experienceshe used to compete in grand prix classes on a different horsegave her the boost at the start of the season, Abbys youth has helped her surpass her mother more recently. But there arent any hard feelings about that.


It was pretty obvious Abby was going to be beating me, Sara said. I got my licks in early, and I beat her for a while at the beginning of the year. Since then shes pretty much taken over. Shes young and brave; she rides a lot faster, and shes a lot slicker. I think its my chance to demonstrate good sportsmanship. Its very friendly, and shes a good contributor to her horse show expenses, so I like it when she wins.


Were both really good sports, and we always cheer each other on, she said. Were competitive, but were never upset if one beats the other.


Into It From The Start


But Sara, 50, and Abby arent the only riders in the family. Saras twin Gail Morey regularly tops amateur-owner hunter divisions with her stallion, Crown Affair.


Abby would have killed to be able to show him, but with him being a stallion, that wasnt going to happen, said Sara. But Gails let her hack him and jump him a little, and she was just over the moon about that.


While some parents who ride seriously might end up pushing their offspring into riding at a young age, Sara never took that route.


Even when she was 2 or 3, she would have to go out to the barn with me, said Sara. She couldnt wait to paint glitter on their hooves. We had Breyer horses everywhere, and she jumped the dogs. It was obvious she was going to be into it. She was playing Red Light, Green Light on the longe line on my old hunter when she was 4.


Abby started riding at Willow Tree Farm when she was 9 years old. She tried the hunters for one day but quickly decided she wanted to focus on the jumpers.


She was fearless, not in a crazy way, but she was really into it from the beginning. Even when she had falls, they never deterred her, said Sara. Its still obvious that theres a definite love of the animals. When shes not at the barn, shes at home jumping on foot or jumping the dogs.


Saras son Tucker, 17, prefers soccer to horses, but hes a regular attendee at competitions, often setting fences or helping out in the barn.


Its awesome to see him compete, Sara said. He does really well in his own right, but its fun to show him hes not the only athlete in the family. My husband Kurt isnt a rider either, but he has to be one of the most supportive people Ive ever met. He let both his kids go to Spruce Meadows over Fathers Day, which I felt badly about.


Sara and Abby hope to qualify for the Prix des Nations at Spruce Meadows next year, but for Sara, the rewards of competing with her daughter go much deeper than the purely tangible signs of success.
https://www.chronofhorse.com/article/jorgensens-make-show-jumping-spruce-meadows-family-affair

Im happy shes done so well, but even more importantly, shes a really nice girlrespectful to her trainers, gentle to her horses and a really good sport, said Sara. That means so much to me as a parent, and it means more than the blue ribbons.