Cast a Glow - 2004 JC bay mare, 16.2 hands by Lite the Fuse out of a Conquistor Ceilo mare.  Approved by GOV in main mare book.  Glow is unraced, having sustained a serious injury to her back during training.   Her performance pedigree is loaded with greats like Buckpasser - (the gold standard in conformation), Northern Dancer, a "must" for jumpers, and Never Bend (strong legs).
Pedigree


Glow's 2017 filly by Platinum vom Rappenhof  was the high point Future Event Horse regional filly champion for 2019.  Glow is in foal to RFF Abracadabra for a 2021 buckskin or palomino foal.   This will be a nice big foal. 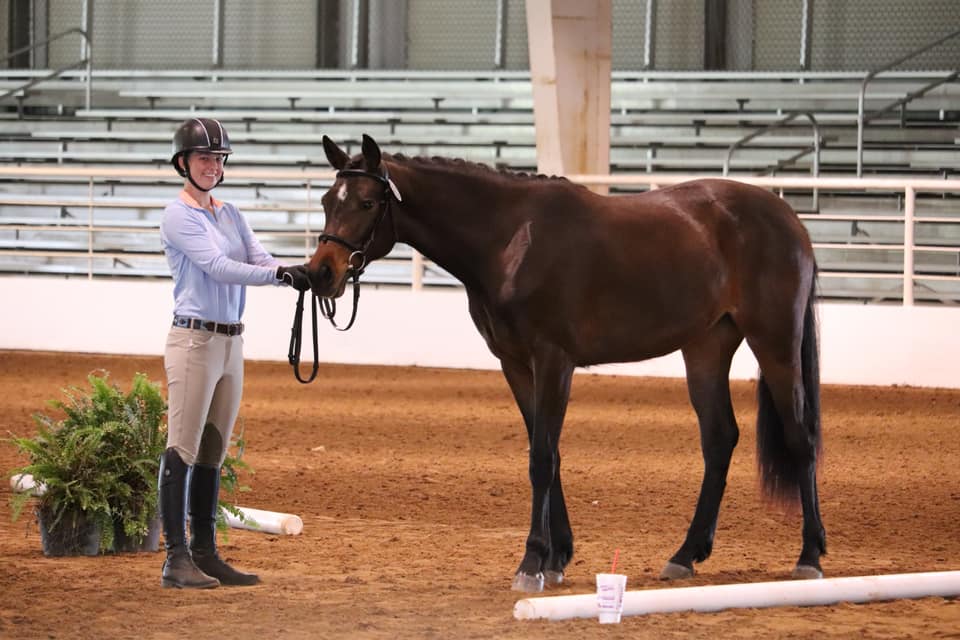 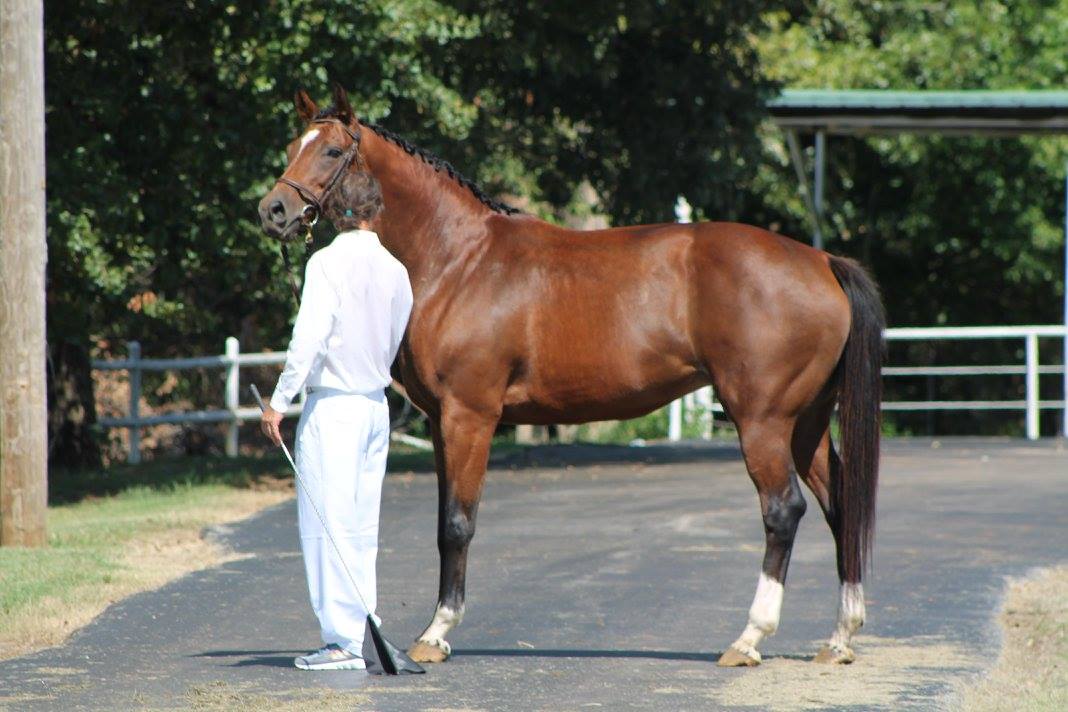 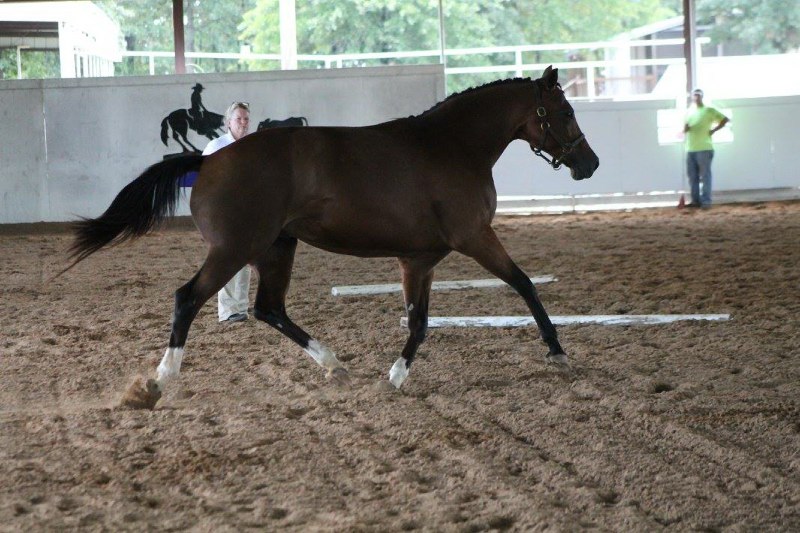 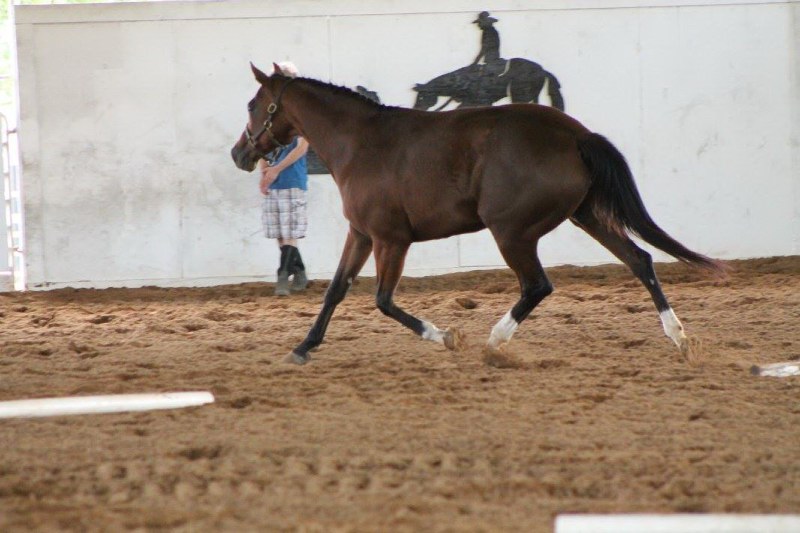 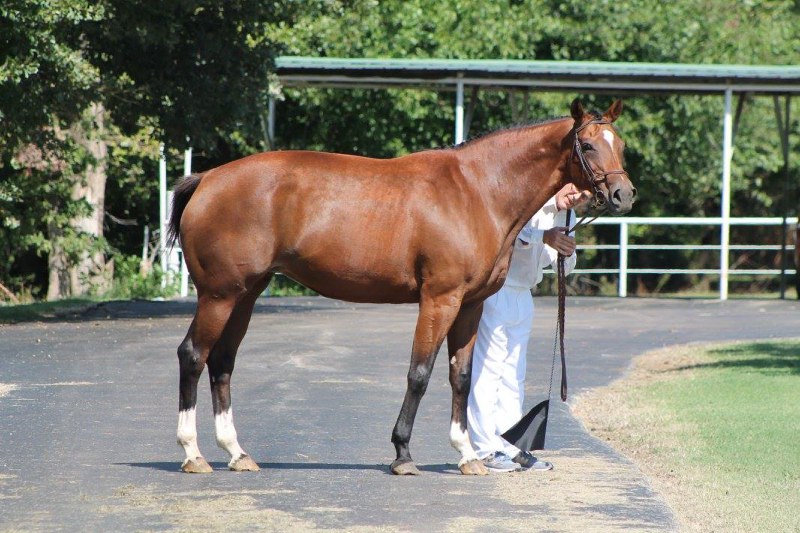 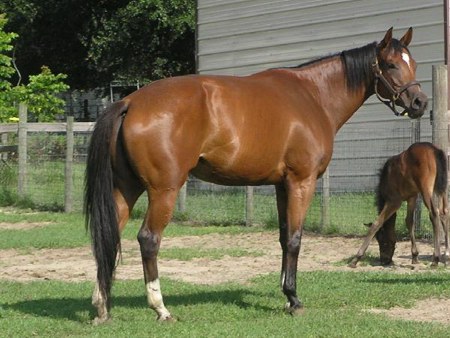 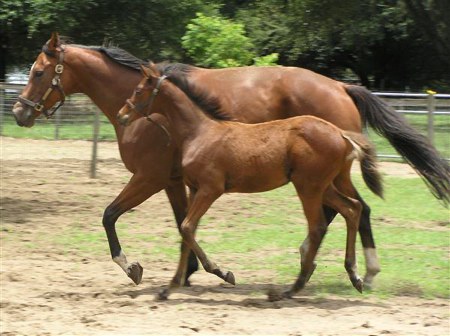 Glow currently has a stunning foal at her side by Escudo II, owned by Mecham and Robbi Ane Scott, tentatively named Eastwood (barn name is Simon).  This is her first warmblood foal. 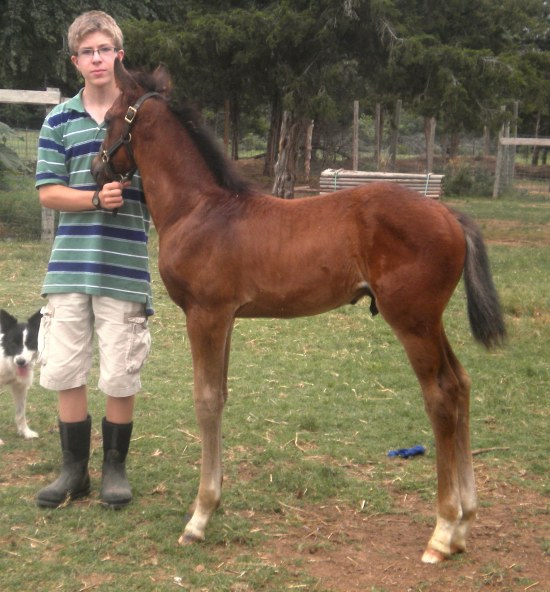 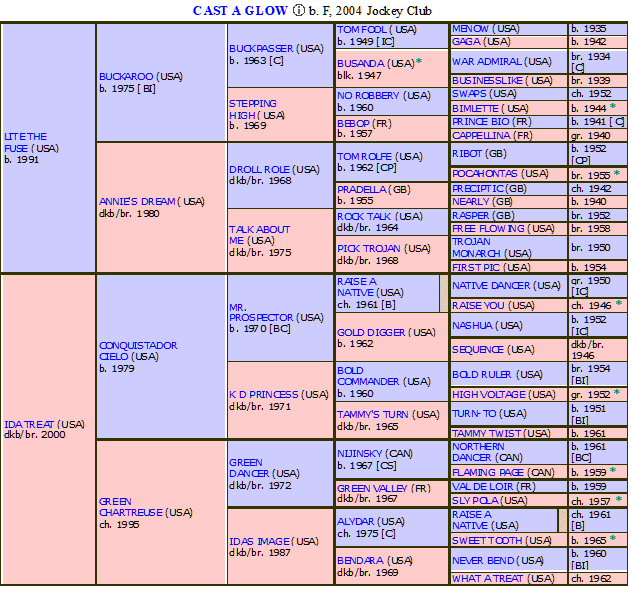